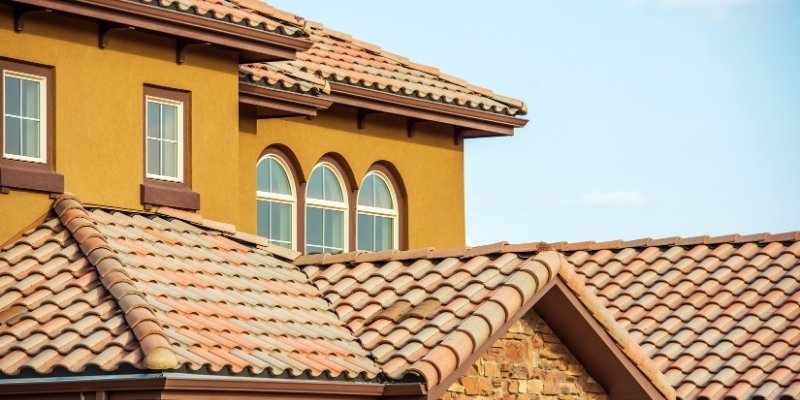 Did you just move into a new neighborhood and notice differences in the architectural styles and building methods of local homes? Your roof is the hardest working part of the exterior of your home, fighting off sunshine and torrential downpours. How do roofing methods vary in the different parts of our country?

The Traditional Roofing Styles of New England and the Northeast

Home design along the East Coast is driven largely by its early heritage, which extends to its roof styles. Travel through any neighborhood built from the 18th to 20th century, and you will spy multi-story colonial homes with a simple two-faced roof finished in cedar or asphalt shingles. Extend the rear roofline down, and you will see a saltbox! These roof designs were inspired by the Georgian styles found in England and Europe in the late 17th and 18th centuries.

Shaded Porches and Tile Roofing Fight the Heat of the South

As Americans settled in the continent’s southern regions, they had to create roofs that would fight off incessant sun and heat while offering a durable solution to hailstorms. The bonnet roof is found on homes throughout Louisiana and Texas. The simple four-faced roofline extends over the wrap-around porch, providing additional shade to windows and outdoor living areas. Covered in ceramic or concrete tiles, it is resistant to damage from passing summer storms and can be easily replaced. Some tile designs can be spied in early homes built in Mexico that reflect their Spanish heritage.

Once Los Angeles began to explode in the mid-20th-century, its residents sought to establish a beach-loving culture that stood apart from the traditions found on the East Coast. The Butterfly, Sawtooth, and Skillion rooflines took advantage of large flat surfaces and gentle slopes to create a truly modern architectural style. Designers often turned to a tough asphalt and tar coating to seal the roof while avoiding the brick-like appearance of shingles.

Modern Roofing Materials and Techniques Look to the Future

Of course, now that every new technology is instantly available across America, the modern approaches to roofing appear in just about every town and city at the same time.

Now that solar panels are more affordable and durable, many Americans are jumping on the green energy wave. Solar is now considered a viable roofing option. Mounted into the roof’s support structure, the panels direct water away from the roof surface while protecting the home from damaging storm-blown debris. Solar is trending in neighborhoods with south-facing rooflines and regions that see more than 200 sunny days a year.

Newer solar techniques include flexible panels that roll out much like paper.  Small solar cells are also designed to be installed and look just like more traditional shingles or slate tiles. All solar roof installations require annual cleaning to ensure peak power production. Even rain will leave behind a dingy film as it deposits pollution on every surface it touches.

While tin roofs used to be a common appearance in some of the nation’s more rural areas, they were known for peeling open whenever a severe thunderstorm blew through town.  New manufacturing processes in the steel industry have created a durable and lightweight metal roof that many consider a 100-year application. The formed pieces interlock and are bolted to the roof structure. Snow slides off to prevent ice dams, and it is nearly impervious to hail and flying debris.

Gutters Appear Across the Nation

No matter if you live in a colonial-style house in New England or a mid-century contemporary on the coast of California, your home probably has gutters installed along the eaves. Gutters serve to collect rainwater and direct it away from the foundation of your home. They pose a few maintenance challenges as they will freeze in the winter and gather leaves and debris during the summer. Homeowners will either spend a few days a year cleaning them out or hiring a local service like the Squeegee Squad for gutter cleaning to maintain the most vulnerable part of their roofing system.

If your home has gutters or solar panels, you will need to get up on the roof every year to keep these systems clean and in good working order. Find a location close to you and call to schedule an in-person consultation and receive your no-obligation quote today.